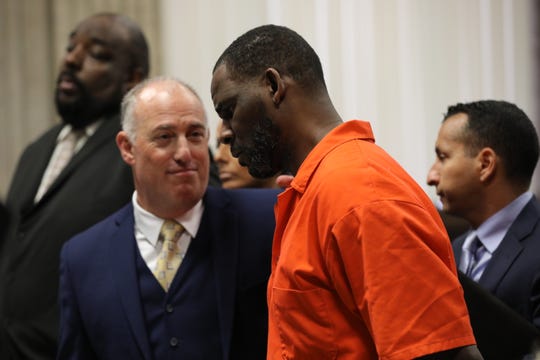 R. Kelly’s attorneys say he is innocent until proven guilty, and should be released from prison to minimize his risk of contracting coronavirus. Prosecutors contend the former R&B star, who faces multiple sex-crimes charges, is a flight risk. (Photo: Antonio Perez/Pool/ Getty Images)

While most everyone in America is sheltering in place in fear of coronavirus lurking everywhere, some celebrity convicts and defendants are pressing to be released from lockups where they fear the killer virus is raging or soon will be.

So far, judges have either turned them down or not yet ruled. Prosecutors are opposed, according to their objections registered in court documents.

But the number of prisoners and guards testing positive in the closely confines of prisons and jails is rising, leading the ACLU to call on prison authorities to ensure sure they people inside are safe, especially the more than 10,000 elderly federal inmates and those in chronic poor health.

In California on Tuesday, lawyers for Gov. Gavin Newsom said the state will be granting early release to 3,500 inmates in its 35 state prisons in an effort to reduce crowding as coronavirus infections are spreading.

Movie mogul-turned-convicted sex offender Harvey Weinstein, 68, is believed to be the most famous celebrity inmate who has tested positive for the virus thus far. He has been in isolation in a New York state prison and is said to be recovering. 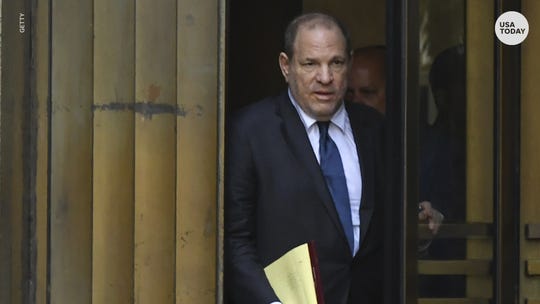 Harvey Weinstein, convicted in February, has been in isolation at a New York prison after testing positive for coronavirus. (Photo: Getty)

The basics on the coronavirus: What you need to know as the US becomes the new epicenter of COVID-19

“Those now detained cannot be protected from the coming jail epidemic, and if infected will without question suffer from inferior health,” argues Steve Greenberg, lead lawyer for Kelly, 53, who’s awaiting four trials in federal and state courts in three states. He wants out of the federal jail in Chicago where he’s been held since July 2019 on multiple sex-crime charges.

Kelly, Greenberg points out, is innocent unless proven guilty, but given the state of the Metropolitan Correctional Center in Chicago and the alleged lack of hand sanitizer and soap, Kelly feels his health and possibly his life are at risk. Plus, the virus could interfere with his meeting with his lawyers.

“Requiring people to reside in a custodial jail setting is tantamount to making them drink poison,” Greenburg argued in a motion last week in the Illinois federal case against Kelly.

Federal prosecutors in the Eastern District of New York, who also have a case against Kelly, argued in court papers against releasing Kelly, saying his fears are unfounded, the jails are properly prepared against the virus, he has sufficient access to soap and cleaning supplies, and he remains a flight risk. 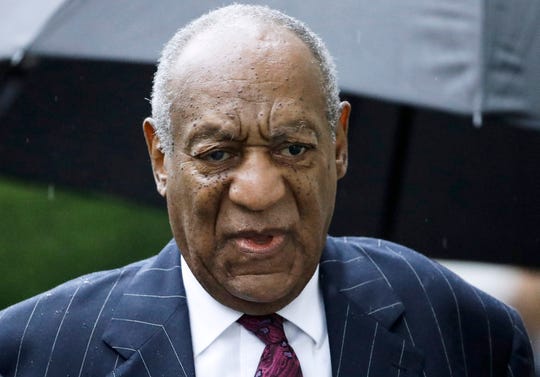 A spokesman for Bill Cosby, 82, blind and frail, says the disgraced comedian fears contracting COVID-19 from fellow prisoners who help him or from guards. (Photo: Matt Rourke/ AP)

Around the country: Jails releasing hundreds of prisoners amid coronavirus fears, up from dozens weeks ago

“A jail is the antithesis of a safe environment. It is closely confined and heavily populated, largely by those who have little respect for others,” Greenberg argued in a new court filing on the matter Tuesday. “Meals are served in cramped ‘day’ rooms and ‘social distancing’ is impossible. To suggest that the jail is a safe environment against this disease is foolish, as well as baseless.”

Cosby, 82, blind and frail, is not ill nor has he tested positive for the virus, according to his spokesman, Andrew Wyatt. Cosby has been in Pennsylvania prison SCI-Phoenix, near Philadelphia, since September 2018 after being convicted of three sex crimes.

Cosby fears contracting the virus from other inmates who escort him around the prison in his wheelchair or from guards who might bring the illness from the outside, Wyatt said.

Cosby’s lawyers want the state parole board to release nonviolent elderly inmates, including Cosby, to house arrest for the remainder of their sentences. So far, no decision has been made.

• Get daily coronavirus updates in your inbox: Sign up for our newsletter now. 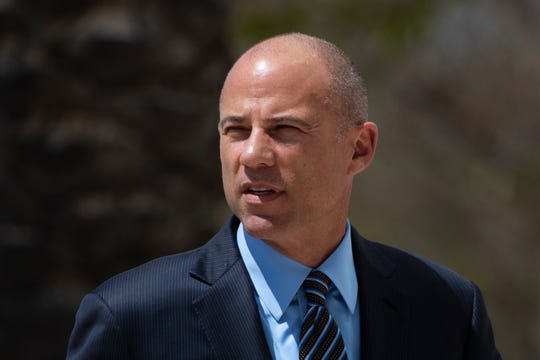 A final decision on lawyer Michael Avenatti’s release from a New York jail is pending. He still faces scheduled criminal trials in New York next month and in Los Angeles in May, although those may be delayed due to the coronavirus crisis. (Photo: Jae C. Hong, AP)

“Prisons and jails around the country are becoming infested with coronavirus cases and it’s only a matter of time before Mr. Cosby’s prison likely falls victim to the virus,” Wyatt said in a statement.

Avenatti, 49, the ex-lawyer to adult-film actress Stormy Daniels, who accused Trump of sexual misconduct, wants out of a federal jail in New York City where he is awaiting sentencing in June for his February conviction on charges of trying to extort $25 million from sportswear giant Nike.

Avenatti’s lawyer, H. Dean Steward, argued for temporary release with electronic monitoring until the pandemic is over, citing Avenatti’s bout of pneumonia six months ago, a sick cellmate and filthy jail conditions.

“Mr. Avenatti is more at risk than most, as he had pneumonia late last year,” Steward argued in court documents. “The Metropolitan Correctional Center where he is being held has its first COVID-19 case, and the potential for true disaster and wholesale death from the virus is enormous.”

U.S. District Court Judge James Selna in California declined to immediately release Avenatti and a final decision is pending. Avenatti faces scheduled criminal trials in New York next month and in Los Angeles in May, although those may be delayed due to the coronavirus crisis.

Trump’s ex-personal lawyer, Cohen, 53, who pleaded guilty to federal charges including campaign finance fraud and lying to Congress, was denied his bid for early release from a three-year prison sentence last week, after he cited coronavirus fears.

U.S. District Judge William Pauley III said it seemed Cohen’s request for release to home confinement “appears to be just another effort to inject himself into the news cycle.”

Last week on Twitter, Cohen, 53, who is in a prison in Otisville, New York, posted an online petition by inmates calling on federal authorities to let nonviolent offenders complete their sentences in home confinement to reduce their risk of contracting the virus.

On Tuesday, he tweeted that an inmate had tested positive. “It’s time for the Federal Government to act responsibly!”

In New York, the judge who sentenced Tekashi 6ix9ine, 23, (real name Daniel Hernandez) to prison said last week he would have ordered home confinement instead if he had known about the coronavirus in December.

Tekashi 6ix9ine has just a few months left of his prison sentence. But he won’t be spending it at home. (Photo: Luca Bruno/AP)

Nevertheless, U.S. District Judge Paul Engelmayer rejected Hernandez’s bid to be released early for the remaining four months of his two-year prison term, after prosecutors pointed out he didn’t have the legal authority to change the sentence.

The judge, who noted that Hernandez suffers from asthma, issued “instructive guidance” to the Bureau of Prisons to use if it considers an application by the rapper for early release. Hernandez pleaded guilty to racketeering and other crimes and testified against members of the Nine Trey Gangsta Bloods gang.